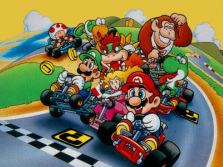 Saturday we're going to be kicking the tournament off with some comical kart racing in the classic SNES game Super Mariokart.
This 16-bit kart racer demands not only impeccable racing skills but also brings banana peels and koopa shells into the mix.
Swerve, leap, and speed your way to the finish line, but don't spin out! 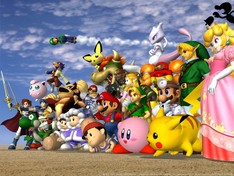 The finale of Saturday evening will be headed up with the ever popular multiplayer battle royal action game Super Smash Bros. Melee!

Nintendo's classic gaming icons leap into the ring in this action-packed and quirky fighting style game where you will have to punch, kick, and blast your opponent out of the ring to score KO's and be the last one standing.


All rules posted here take precedence, but for additional rules (specifically about which stages used), check out the Smash Bros. rules page: |HERE| 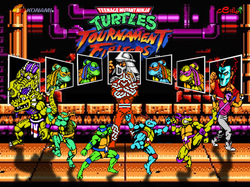 Sunday's first event jumps in with one of the only fighting games found on the NES, a true retro competition experience!

Join Leonardo, Raphael, Donatello, and Michelangelo in a shell-kicking time against the foot clan, a ninja organization headed by none other than THE Shredder. Don't think that's all, as Casey Jones and Hot Head will be joining the fray! 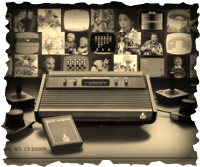 It's 2013 and the Atari is hitting the Portland Retro Gaming Expo with a vengeance!

This year we are getting a double dose of Atari where competitors will be fighting it out in Surround and Medieval Mayhem. Some keen gamers may recognize Surround as a head-to-head "light cycle" game where two men enter the Atari arena, but only one man leaves. And if that isn't enough classic competition, it is with great pleasure to put the competitors' retro skills to the test in the homebrew game Medieval Mayhem.

Medieval Mayhem:
4 player free-for-all
Singe-elimination
Best 1 win of 1 round
Finalists from the Surround event will be placed into a Grand Finale event of Medieval Mayhem. The winner of this event is crowned Grand Champion Atari Maestro Supreme.
General Tournament Rules